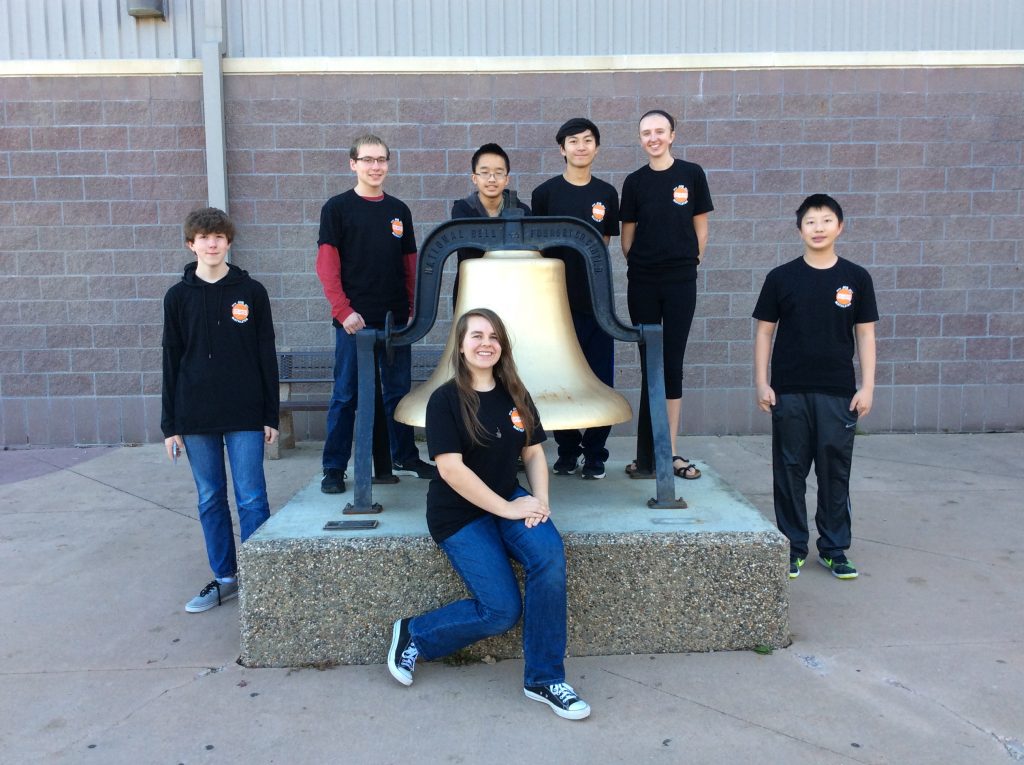 Johnston students competed with forty teams in the district competition on October 25- 26 at the downtown Des Moines Convention Center. Nine teams from the region will advance to state, and three of those teams - Firestorm, Gold, and Dragon - are from Johnston.   The state competition will be held on November 14-16 at the Des Moines Convention Center and features 32 teams from across the state. END_OF_DOCUMENT_TOKEN_TO_BE_REPLACED

Johnston High School is participating in the 2016-17 Iowa High School Musical Theater Awards. An unprecedented 60 schools will take part in this statewide program presented by Des Moines Performing Arts. The Iowa High School Musical Theater Awards is a year-long educational program that celebrates the extraordinary achievements of young musical theater artists.   Throughout the school year, panels of community adjudicators comprised of performing arts educators and professionals will attend and review each participating school's production. Based on reviews and scores, schools ultimately will receive constructive feedback and awards in honor of their achievements.   The year will culminate in a professionally produced Awards Showcase to be held on the Des Moines Civic Center stage Monday, June 5, 2017. The Showcase will feature more than 500 students performing highlights from this season’s productions. In addition, student representatives from participating schools will work with a guest Broadway music director and choreographer on special numbers to open and close the evening.   Tickets to the Iowa High School Musical Theater Awards Showcase will be available in April 2017.   [caption id="attachment_152162" align="alignnone" width="300"]

The Johnston High School Varsity Marching Band recently completed a very successful season.   On Saturday, October 15 the band performed twice at Waukee Stadium. The band received a I (superior) rating during their afternoon show. During their evening show the band received first place in Class 4A and were the Grand Champions of the Waukee Marching Invitational. The band scored a 90.1 out of 100, representing one of the highest scores in school history.   The Johnston Drumline also received 1st place in Class 4A.   The band is directed by Jason Heeren and Jeff Robilliard.

(Submitted by Leslie Shipp) Students in the journalism lab have experienced quite the year. END_OF_DOCUMENT_TOKEN_TO_BE_REPLACED

When the lights go up, the voices come on – and the audience won’t be disappointed in what they hear.   Preparations are well under way for the 2016 Showzam! show choir weekend, January 22 and 23 at Johnston High School. The event, now in its 20th year, is hosted by Johnston school show choirs and the Johnston Vocal Parent Association. More than ten school districts will visit Johnston to compete with their 4A (varsity), prep (junior varsity), or middle school groups. Johnston show choirs Innovation, Synergy, Sound Advice, Impact, and Fusion will have exhibition performances throughout the weekend. END_OF_DOCUMENT_TOKEN_TO_BE_REPLACED
1 2 3 … 6 Next »